What is consciousness? I touched briefly upon the idea of consciousness in my blog post about image analysis, a subject close to my heart.

Consciousness, or our subjective everyday experience, is really only defined by our senses. Consciousness is an awareness of a sense.

There’s no instantaneous consciousness. Rather consciousness is dynamic, like a wave washing through us. Our worlds in front of us are smoothly changing as photons hit our eyes. Our hearing ebbs and flows. Senses don’t spontaneously appear. There is always a buildup. Since time is always divisible (well not technically, but that’s the subject of a future post) by definition a buildup must occur, no matter how seemingly acute it would appear.

Imagine taking a little symbolic man, and pushing him forward through those different photons hitting his eyes, as he is constantly being aware of those photons. He moves and acts and makes decisions based on his rudimentary awareness of those photons. I say rudimentary because our sight is of a limited range. Other animals may have different ranges of photons’ wavelengths in their visible spectrum, and therefore it would be reasonable to assume that their experience of sight may be different than ours. 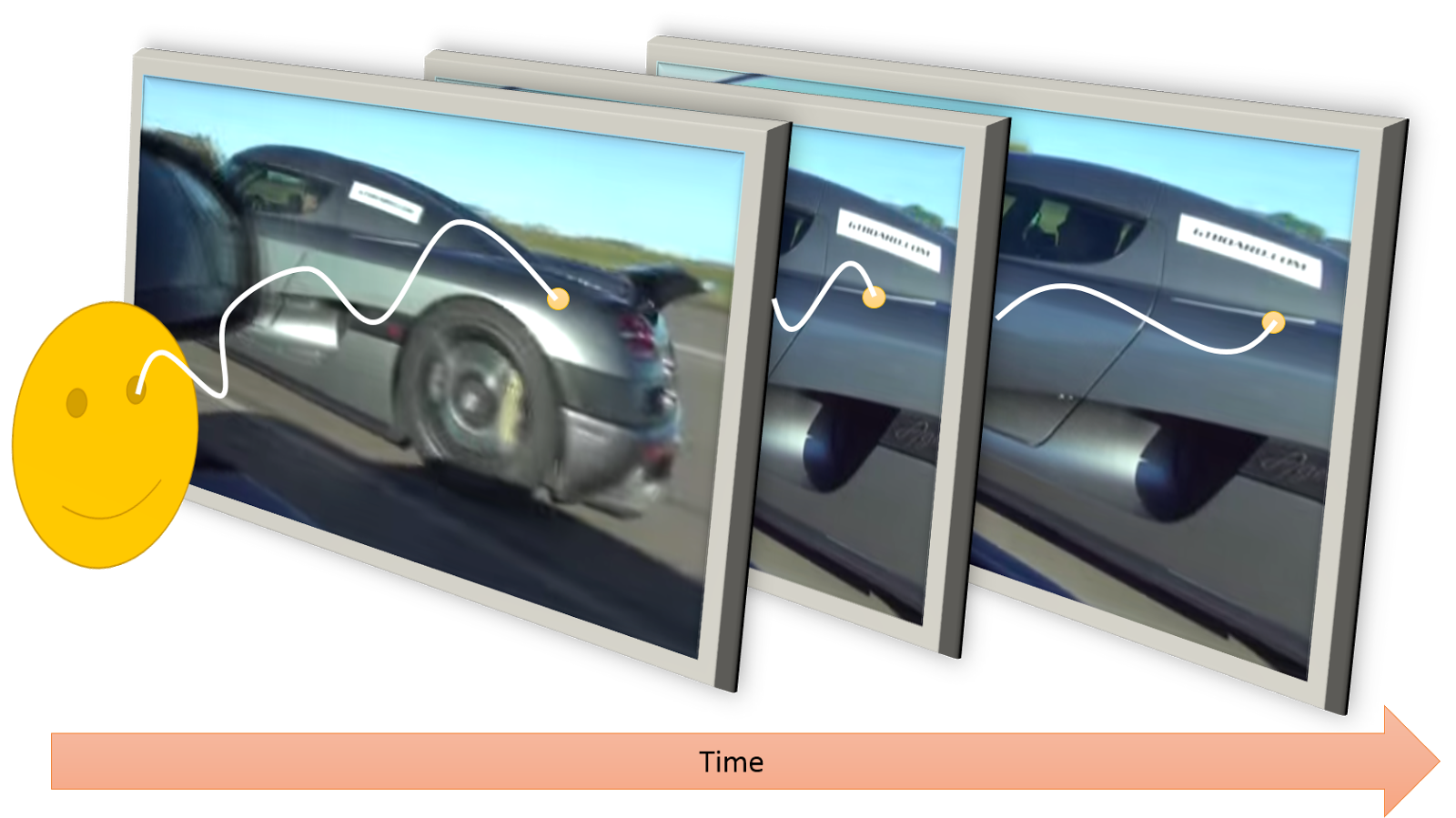 This brings us to our definitions:

Trace evolution over time. The evolution of sight over time started as a single receptor and evolved into our beautiful array of colors we see today. It’s simply an increased awareness. Life has evolved the ability to be aware of photons in the universe, and use that information to allow us to make better choices. This is going to be an important point when we discuss the concept of choice more deeply in a future post.

For now, it is sufficient for us to cover the five senses in this bog post, and future blog posts will cover several additional senses given our definition. Stay tuned.
Posted by Unknown at 9:23 AM