So one of the issues with the crash of 2008 in regards to housing prices was the inability to correctly calculate the risk of the mortgages (or, more specifically, the mortgage-backed securities). This is obviously an extreme simplicity, but from the books I've read, it appears that many risk management mathematics was based off the assumption of a normal distribution of housing price changes. In 2008, however, it appears that housing price changes were veering too far negative.

So I downloaded the raw housing data from each quarter from 1970 to 2011 from http://www.jparsons.net/housingbubble/ and performed some very simplistic analysis using Matlab.

I calculated the change in inflation-adjusted housing prices from each quarter, resulting in 167 values. 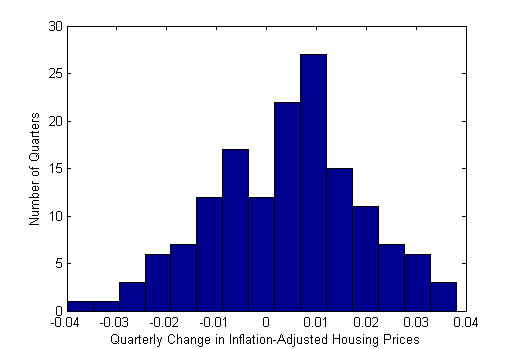 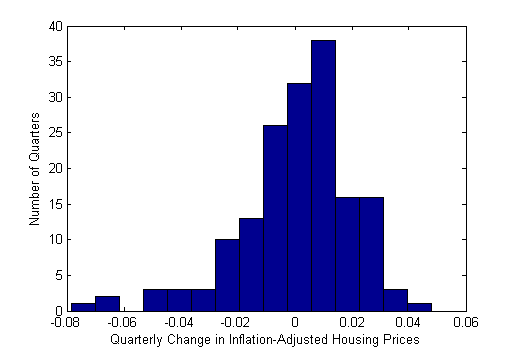 You can clearly see that from 2007 to 2011, the distribution looks more skewed.

Here are the results, depending on the number of bins:

So it wasn't unreasonable to assume a normal distribution of housing price changes. Ideally the results should be more granular, and it's a very limited dataset (only 167 values).

The code used to do this was: